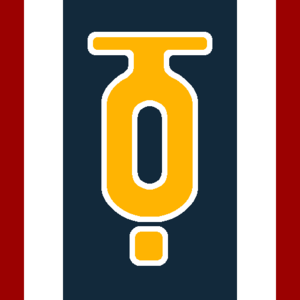 Colors and symbol of Caprica

Caprica (ancient name Capricorn) is a planet in the star system Cyrannus and one of the Twelve Colonies of Kobol. Its capital is Caprica City.

After the unification, Caprica becomes the governmental seat of the Twelve Colonies. Both before and after the First Cylon War, this world is regarded as the Colonies' seat of politics, culture, art, science, and learning, and the language of Caprica has become the standard language of the Twelve Colonies. It has always been one of the wealthiest colonies (TRS: "Dirty Hands", Caprica). 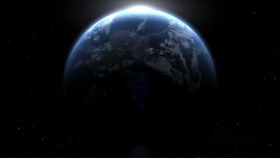 Caprica, before the Fall.

Caprica is a lush, blue green world. It contains large oceans and continents, and the planet's climate can be described as moderate, at least in the region around Caprica City and Delphi (TRS: "Miniseries").

Caprica is also a twin planet. It shares its orbit around Helios Alpha with Gemenon, orbiting each other every 28.2 days. The distance between the two is 439,000 km, and their common barycenter exists at a point between the two worlds. Their close relationship can lead to some spectacular planet-rises and planet-sets in the Caprican (and Gemenese) skies (Caprica, Battlestar Galactica: Map of the Twelve Colonies), and also leads to significant planet-shine in the night skies, nearly turning night back into day (TRS: "Litmus").

Prior to the Articles of Colonization, Caprica has a global government independent of the other colonies. This government was led by a Prime Minister.

Some 60 years before the Fall of the Twelve Colonies, Caprica is plagued by religious motivated terrorism. A group, known as the Soldiers of the One, are responsible for the bombing of a Maglev train within Caprica City and likely other terrorist acts, as well (CAP: "Pilot", "Gravedancing").

The first Cylon prototype is created on Caprica by Graystone Industries, paving the way to the the First Cylon War (CAP: "Pilot").

After the War, Caprica becomes (once again) the cultural, economic and political center of the Twelve Colonies. The Colonial Government is located on this world (TRS: "Epiphanies"). 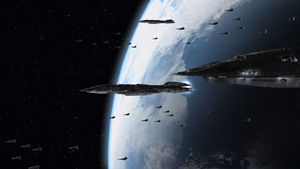 Caprica, shortly before its downfall. 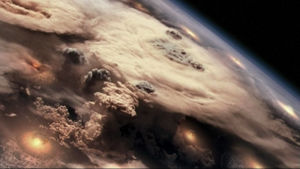 Bombardment of the planet.

Caprica is devastated through massive nuclear bombardment during the Fall of the Twelve Colonies. Most of the planet's human population that aren't killed by the direct bombardment eventually die of radiation poisoning.[1]

The few surviving smaller cities are taken over by the Cylons who use the planet as a base of operations for some time.

Some of the few human survivors are incarcerated by the Cylons in their attempts to create human-Cylon offspring. A very small and isolated group of humans forms a resistance group near Delphi that performs hit-and-run attacks on Cylon installations until the survivors are rescued by Galactica, nine months later.

Caprica, and the other occupied colonies, are later abandoned by the Cylons (TRS: "Lay Down Your Burdens, Part II").

Slowly but surely, during the first year since the nuclear bombardment, the planet's ecosystem including trees and wildlife diminishes. The planet's atmosphere changes from blue, to a distinctive yellow. The ultimate fate of Caprica is unknown.

Many notable persons from Caprica survive the holocaust within the Fleet to the point where nearly all of the Fleet leaders are Caprican.

The first Quorum of Twelve delegate after the Fall is Gaius Baltar. Years later this spot is taken by Lee Adama. 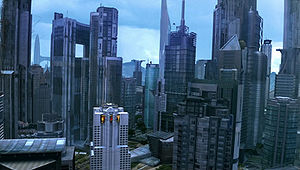 Caprica City, a few years before the Fall.

The planet's largest population center was Caprica City, which served as the seat of all three branches of the Colonial Government and the capital of the Twelve Colonies. The city is completely destroyed in the Cylon attack on the Colonies, killing seven million people in an instant. Caprica City is surrounded by other small towns and hamlets, such as Oasis.

Another major city is Delphi, famous for the Delphi Museum of the Colonies and also home to a large spaceport. The Cylons spared Delphi from nuclear bombardment in order to use it as a base of operations in their occupation of the planet (TRS: "Downloaded").

On their trek across Caprica, Karl Agathon and Sharon Valerii explore two undestroyed and unnamed cities.