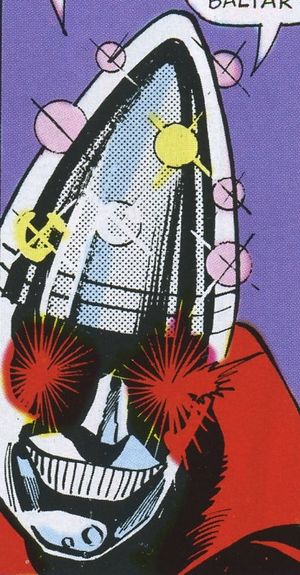 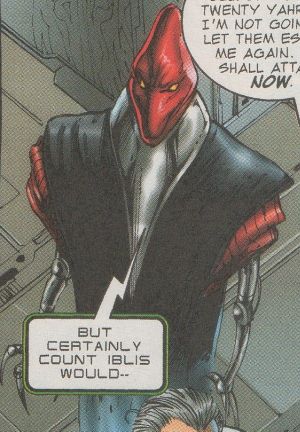 Spectre is made Cylon commander and has Lucifer reactivated, reprogramming him to be a saboteur. Lucifer is then sent to infiltrate Galactica fleet disguised as a Borellian Nomen. He eventually attempts to murder Adama but is thwarted by Starbuck, restoring his memory in the process. Later, Lucifer decides to join the Colonials.

Lucifer, at the order of the Imperious Leader, integrates Baltar's consciousness into a cybernetic construct built by himself and at least one other IL-series unit. In completing this task, he is able to fool Baltar into the belief that his exection was spared by the new post-Carillon Imperious Leader (Battlestar Galactica Annual 2014). Believing that this was important, Lucifer perpetuates the ruse that Baltar is his superior, and fully human, during their pursuit of the rag-tag, fugitive fleet.

Lucifer, in a lone basestar, pursues the Fleet through a black hole and into a realm created by Iblis (Classic Battlestar Galactica Vol. 3 #1). After being quickly attacked by an overwhelming force of Meclon Raiders, Lucifer orders an immediate retreat and seeks sanctuary within the very Fleet they once hunted (Classic Battlestar Galactica Vol. 3 #2).