For the technical term used in the Re-imagined Series, see: CBDR.

The combined might of the Galactica and Scavenge World defeats the first Cylon basestar, resulting in plenty of spare parts for the taking, but Galactica is rendered immobile. Apollo and Boomer load a freighter with explosives with a plan to detonate it and destroy the second and third basestars. Starbuck escapes from Scavenge World on an ancient shuttle and provides Apollo cover as they eject in a shuttle pod and the plan succeeds. Lucifer escapes, Adama has Uri arrested, and Starbuck is left behind as the repaired fleet heads out.

One of five issues, along with "Scavenge World", "The Trap!", "Berzerker" and "The Daring Escape of the Space Cowboy" singled out as above-average by reviewer John Dorsey in an article on battlestargalactica.com. 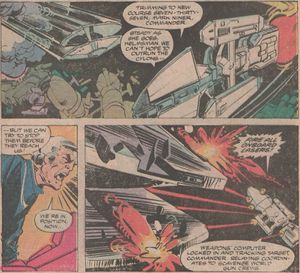 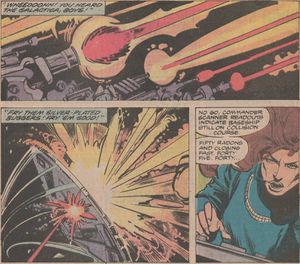 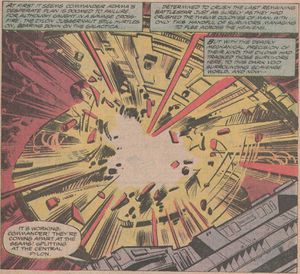 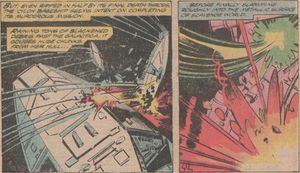