This article covers the various depictions of the Original Series' Zac from the tie-in novelizations, comic books, and other media.

At the time of the Battle of Cimtar, Zac is a lieutenant 23 years[1] of age, having been assigned to Galactica as an ensign after graduating from the Academy—with the highest marks in its history. Despite his own successes, he itches to extricate himself from the shadow of his brother, Captain Apollo, himself known for various famous exploits.

Before being killed by the Cylons at the end of the thousand year war, Zac pursued at least one romantic liaison in the form of Dr. Paye's chief nurse, earning him an assignment from Colonel Tigh on the patrol that lead to his death.

Zac and his brother, Captain Apollo, discover a Cylon assault force at Cimtar that—despite returning to the Colonial Fleet to with the alarm—successfully wipes out four of the remaining five battlestars at Cimtar during a fake armistice meeting instituted by Count Baltar and the Imperious Leader (Battlestar Galactica TOS pilot novelization).

He is survived by his siblings, Apollo and Athena, and his father, Adama. His mother, Ila, dies in their Caprica City home during the Cylon attack. 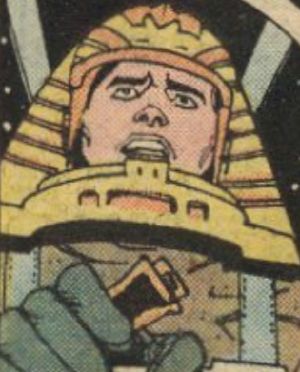 Zac pleads with his brother, Apollo, to leave him behind to warn the Fleet of the Cylons' duplicity (Annihilation!).

Zac pulls a recon patrol with Apollo while Galactica and the fleet of battlestars travel to the ill-fated meeting at Cimtar. Upon Apollo's uncovering of a large force of Cylon Raiders, he and Zac flee in order to escape the Cylon jamming. During this, Zac's Viper sustains a hit in one of its engines, and Zac pleads with Apollo to leave him behind so as to sound the alarm.

Apollo promises to return, and reluctantly leaves Zac to the mercy of the Cylons, who destroy Zac just short of the Fleet much to Adama's horror (Annihilation!).

A young Zac is visited by the Beings of Light and informed that he has a destiny as a being who will fight darkness with them. This event occurs well before his enlistment in the Colonial Fleet as a Warrior, and his eventual demise during the Battle of Cimtar (Eve of Destruction - Prelude II: Daughter of Elysium).