This article covers the various depictions of the Imperious Leader from the tie-in novelizations, comic books, and other media.

There are at least three variations of this character within the Dynamite Entertainment comics sagas, including: 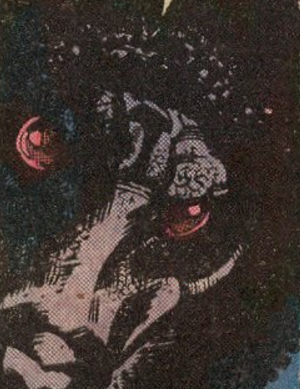 Imperious Leader discusses the surviving caravan of humanity and its need for provisions to a Centurion (Deathtrap!).

Imperious Leader commands the "destruction of the life form known as man" when their trap at Cimtar is sprung (Annihilation!).

Following word of escaped humans, Baltar is brought before Imperious Leader, who informs the traitor that he will be publicly executed (Exodus!).

After the Fleet makes its way to Carillon, a Centurion reports the arrival of the humans, with Imperious Leader ordering the supreme star force stationed at Borallus to make haste to destroy the Fleet—a task they fail to perform (Deathtrap!)