This article covers the various depictions of Jolly from the tie-in novelizations, comic books, and other media. 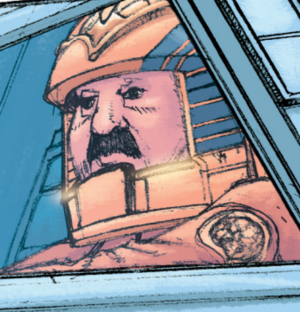 Jolly leads the Vipers against Lucifer's forces before the Cylons signaled a cease fire, earlier ruminating that his friends were missing "all the fun" (Classic Battlestar Galactica Vol. 3 #2). During this cease fire, he instructs the Warriors to analyze the Cylons for any weaknesses, not knowing when they may get a better chance (Classic Battlestar Galactica Vol. 3 #3).

Later, in a dogfight with the Meclons, Jolly finds himself saved by a Cylon Raider (Classic Battlestar Galactica Vol. 3 #4).

In an alternate take on the Battlestar Galactica story, Jolly is a former Warrior of the Colonial Empire during the Ovion Wars, serving alongside Flight-Lieutenant Starbuck at that time. 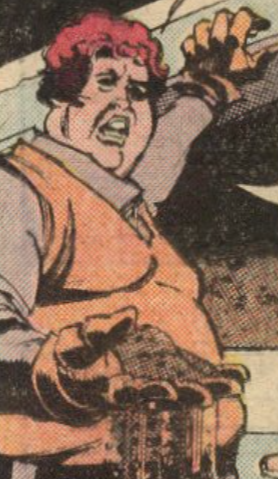 Jolly informs Apollo on the pluton poisoning of their food stores following the destruction of the Colonies (Exodus!).

Lieutenant Jolly is a Colonial Warrior aboard Galactica. During the inspection of food stuffs, he reports that pluton poisoning has affected the food taken by the Fleet (Exodus!).

Commander Adama keeps Jolly and other Warriors—excluding Apollo, Starbuck, and Boomer—on reserve while commissioning volunteers to wear Warrior uniforms so as to provide the illusion of falling into the Alliance's trap. Once the aforementioned trio uncover the truth of Carillon, Jolly and the other Warriors spring Adama's trap on the surface, dispatching the force of Centurion laying in wait (Deathtrap!).