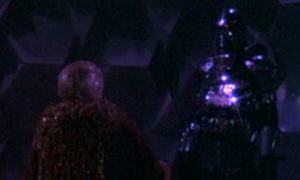 The Alliance is mentioned during Baltar's celebration toast to President Adar aboard Atlantia prior to the disastrous events at Cimtar, noting that no one before Adar had assembled the human race to speak as one voice before this organization (Annihilation!).