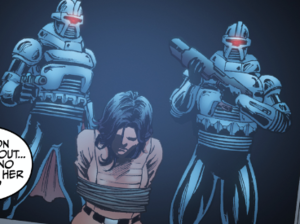 The Colonials use the term "toaster" to describe the Cylons (Battlestar Galactica: Starbuck 1).