After losing an experimental Viper to a smuggler, Starbuck is imprisoned in a "unique" environment. 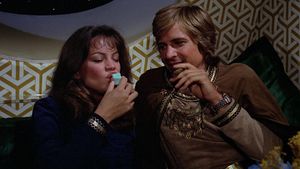 Starbuck: A hot pilot doesn't need all that electronic felgercarb.