After engaging a group of Cylon Raiders, Apollo crash-lands on a planet where a law-deriding thug controls a seemingly indestructible henchman. 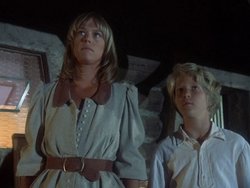 Vella and Puppis in "The Lost Warrior" 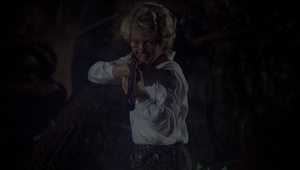 Puppis aims his numo at the lupus. 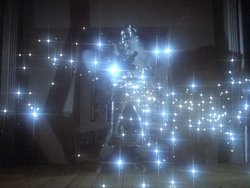 Adama: Those transmissions are for Cylon ears.

Apollo: What are you guys doing way out here?
Boomer: Oh, we thought we'd just take a little ride; the stars are kinda nice in this galaxy.