The Super Scouts travel to a camp for underprivileged children and help out an aging baseball star, while Troy and Dillon search for the rogue, time traveling Xaviar. 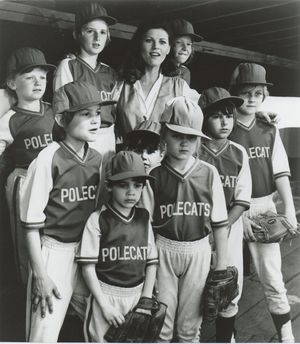 Jamie and the Super Scouts. 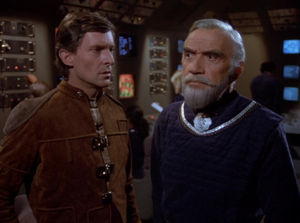 Adama next to the real Nash 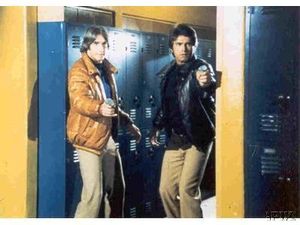 Troy and Dillon take aim at Xavier in Spaceball. 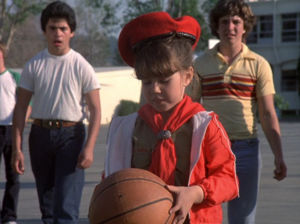 Adama: The Galactica continues to lead the Cylons away from the planet Earth. But so far, our brother Council member Xaviar, who has turned outlaw, continues to elude us. Two of our most able Warriors, Troy and Dillon, remain down on the planet Earth, seeking a place where we can send our young to prevent their destruction in what we know will be an imminent and final Cylon battle. With each day, it becomes increasingly difficult for our children to live as Earth's children. Being accustomed to a much denser gravity causes them to display super skills that are jeopardizing their ability to blend in down on Earth without detection. Still, they must try. Surely they face imminent destruction out in space.

Jamie Hamilton: Now listen, I want you to promise me you won't do anything to betray who you really are.
Wellington: Which means we have to perform as complete muscular disasters.
Moonstone: Do we have to?
Hamilton: That's right. Now go out there and lose.

The following are noted differences between the script and the final episode: