Captain Lee Adama, battling haunting demons of his own from a spurned love lost on Caprica, investigates the murder of new Pegasus commander Jack Fisk, and uncovers a black market that strains the resources of the Fleet. 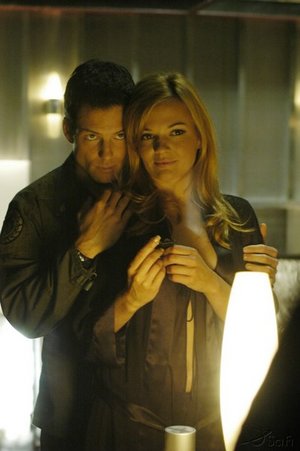 Commander Jack Fisk: Civilians wouldn't be civilians unless they had something to bitch about.

Phelan: It's hard to find the moral high ground when we're all standing in the mud. I'm not like my old man, Captain, and you are not like yours.