This comic is the first of three issues adapting the Original Series' "Saga of a Star World." 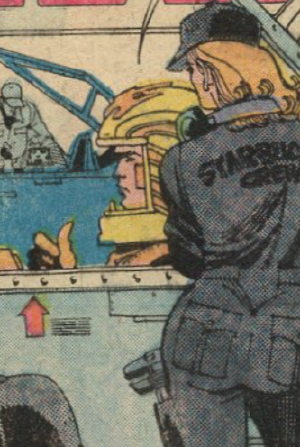 A shapely female in a cover and coverall jumpsuit denoting her appointment as a member of Starbuck's deck crew, prepping Starbuck for launch during the Battle of Cimtar (Annihilation!).

As the comic adaptation hues closely to the finalized pilot, "Saga of a Star World," many of the points of analysis are mirrored in the aforementioned article.