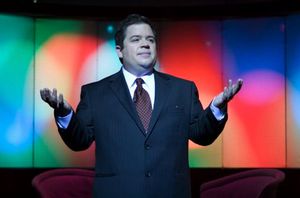 What Explosions? Five Things to Help You Forget Terrorism is a The Caprican Entertainment article written by Carl Kipp. It was printed in Februarius 6, YR42.

There's been a lot of doom and gloom lately in the aftermath of the MAGLEV tragedy. We most assuredly should grieve and respect the memories of our fallen families and friends, but let's not forget that we also live in the greatest city on the greatest planet of all the Colonies. This is Caprica City, after all, right, Capricans? So let's go out and celebrate our wonderful city and we who live in it together during this strange and uneasy time.

I believe those we've lost would like that. Yes, I do.

So, here are five things you can do to help you forget about the cloud that's come over our town as of late.

Stop sitting at home watching the news - they're just showing the same clips over and over. Time to hit the great outdoors - and the Greatest Outdoors is Apollo Park! Take a walk, play a little Pyramid, have a picnic, make out under a tree, or all of the above - sounds pretty good, doesn't it?

Yeah, they're not having their best season - but neither are we. So let's brave the storm together and play a little Pyramid! Get thee to Atlas Arena and cheer on our team - if we all work together, the Buccaneers might actually win a game this season (Oh, I'm probably going to regret writing that, aren't I?)!

If you must stay home and watch television, why not change the channel and tune in to Baxter? His writers have been on a roll lately, to say the least, and no one can do the Tragedy-to-Comedy thing quite like Mr. Sarno. His ratings have actually been up lately, so some of you have indulged in this already. He appreciates that.

Caprica's best-kept secret when it comes to great food and even greater service is a restaurant in Little Tauron called Connie's Place. Go there and order anything on the menu - yes, anything - and then try to tell me that it isn't the best thing you've ever eaten in your entire life. Well, I might be exaggerating...but just a little. Really, if you're hungry or could just use a cup of coffee and a talk with a friend, Connie's is your Place. In fact, the food is so good, I've heard teenagers get into fights over it.

My fifth recommendation was going to be Get Thee to the Bedroom, but my editors have respectfully persuaded me to go in a different direction. So what's better than sex? Gambling, of course! Now might be the time to get in touch with your Perfect Horse or waste your paycheck on the C-Bucs (oops! There I go again). Anyway, if laying a few bets is your game, look no further than Goldie's Off Track Betting.