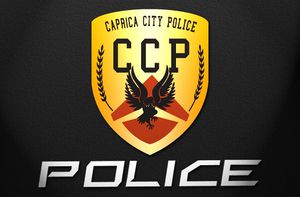 Teen Brawl Breaks Out at Little Tauron Eatery is a The Caprican News article written by Adam Swiderski. It was printed in Ianuarius 17, YR42.

Patrons at the popular Little Tauron restaurant Connie's Place got a little something extra with their cherry pie and coffee yesterday afternoon when a fight broke out between two teenage boys. Eyewitnesses describe the fisticuffs as completely "sudden," happening with no warning and no sense of any rising tension between the two boys beforehand.

"One minute, they were sitting and talking quietly, not drawing any attention to themselves. The next minute, they were beating the hell out of each other, with dishes and silverware going every which way," says an anonymous patron.

"It was really vicious," says another patron. "Whatever it was, they weren't fighting over who's the better Pyramid team or who's better at New Cap City."

"Both boys were wearing Athena Academy blazers," a witness said, and she thought she heard one teen call the other "Ben."

Authorities were dispatched but the teens had already gone. No one at the restaurant was injured.