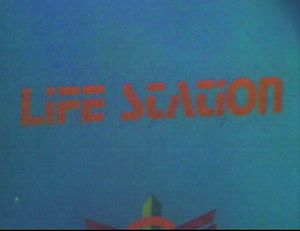 The Life Station (also referred to as Life Center and Life Sciences Center) is the primary medical facility on board battlestar Galactica.

The Life Station's facilities manage the medical needs of all personnel aboard ship. The staff are qualified in treating anything from a broken bone (TOS: "Saga of a Star World") to more serious ailments, such as battle injuries and life-threatening viruses (TOS: "Lost Planet of the Gods, Part I").

After the destruction of the Colonies, every person in the "ragtag fleet" was evaluated to determine their abilities and skills (TOS: "Saga of a Star World"). Some such as Cassiopeia were drafted as nurses and support staff. Among the existing Life Station staff were several doctors, the most senior being Dr. Salik. 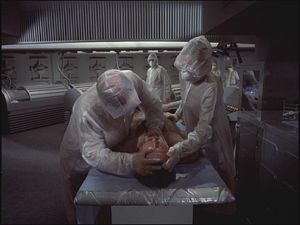 The main Life Station ward in a moment of crisis (TOS: "Lost Planet of the Gods, Part I").

There is at least one small consultation room and a laboratory. As well as these, the Life Station has a large ward that can accommodate several patients at a time and be converted for specialist uses, such as the installation of cryogen tubes (TOS: "Lost Planet of the Gods, Part I").

Cassiopeia reroutes the shuttle to Pegasus in order to get Bojay to the Life Station, Pegasus being the closer of the two ships. Sheba is taken to the Life Station aboard Galactica to recover after having been evacuated from Pegasus (TOS: "The Living Legend, Part II"). 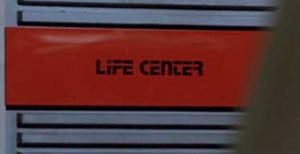 The sign for the life center (TOS: "Fire in Space").
Retrieved from "https://en.battlestarwiki.org/w/index.php?title=Life_Station&oldid=237919"
Categories: