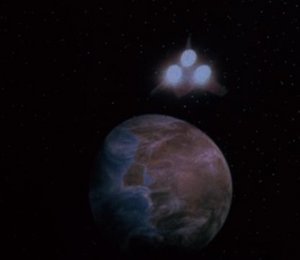 Attila is a habitable Delta-class marsh planet at the far edge of Omega sector. A garrison commanded by Specter is located on the planet.

The garrison is occupied by the Cylons until Starbuck crashes on the planet and helps lead Megan's children in an attack to eliminate the Cylon presence from the planet (TOS: "The Young Lords").

During his reign he was one of the most feared enemies of the Western and Eastern Roman Empires. He crossed the Danube twice and plundered the Balkans, but was unable to take Constantinople. He also attempted to conquer Roman Gaul (modern France), crossing the Rhine in 451 and marching as far as Aurelianum (Orléans) before being defeated at the Battle of the Catalaunian Plains.

Subsequently he invaded Italy, devastating the northern provinces, but was unable to take Rome. He planned for further campaigns against the Romans but died in 453.