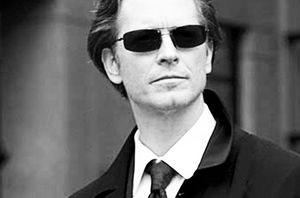 Financial ties to the STO?

What Is Daniel Graystone Hiding? is a The Caprican Opinion article written by Ralston Sinclair. It was printed in Martius 6, YR42.

Yeah, you might all be singing the tune of a New Colony Order, proclaiming Daniel Graystone as your new savior. The man who will save our kids from the moral apocalypse by throwing Holoband profits into a charity that will encourage youngsters to develop "real values," whatever that means, on all counts.

Hey, if Graystone wants to throw away all the profits he makes from the Holoband and V-World licensing, that's swell. Holobands only account for about, oh, 60% of Graystone Industries' profit revenue. Who needs it, really? Graystone may be something of a changed man - perhaps with certain new outlooks on life - after the death of his daughter and the discovery that she was involved with the MAGLEV tragedy. But he's not going to throw away more than half his meal ticket just because his kid played too many video games. He's a Businessman, first and foremost. You don't get to be Caprica's greatest rags-to-riches story by being anything else.

Hey, the Global Defense raided the Graystone household last week, did you know that? What were they looking for? Evidence that Zoe Graystone was involved with the bombing? What other evidence do you need other than her mom going on television and announcing to the Twelve Colonies that Her Daughter Was A Terrorist? Or is there more to the story? Are there complications and convolutions? Was Zoe Graystone into more than just monotheistic extremists? Or, was Zoe not the only Graystone up to no good?

OK, I'll just come out and say it: Does Daniel Graystone have financial ties to the STO?

And, if not, what sort of brand new Product, some brilliant new Invention, does he have in the pipeline that will fill the void of sixty godsdamn per cent of his profit revenue?

If any of you run into Daniel Graystone on the street, see if you can take a gander up his sleeve. Something's there. And it stinks.