Monotheists Are Not Your Enemy 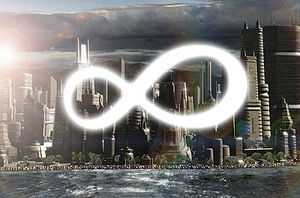 STO is your enemy.

Monotheists Are Not Your Enemy is a The Caprican Opinion article written by Adam Swiderski. It was printed in Februarius 7, YR42.

I thought it might be helpful to perhaps put Mr. Ralston Sinclair's usual reactionary histrionics aside for a moment and look at how the aftermath of the MAGLEV tragedy seems to be getting worse before it gets any better.

I was a bit alarmed, to say the least, when I heard about the proprietor of a small sundry store just outside of Apollo Park being beaten almost to the point of death a couple of days ago. I was even more alarmed to find out that there seems to be an increase in these seemingly random attacks throughout Caprica City and beyond.

And I was heartsick to discover that all the victims were monotheists.

I know we are deeply angry, confused and saddened by what happened on the MAGLEV - and I apologize to you for stating the more-than-obvious, as well as for its almost offensive level of understatement. And I know we want someone to blame, so we can lash out and hurt them they way they hurt us. We want justice. Revenge, too? Perhaps, but whatever you want to call it, we want some sort of satisfaction.

But taking all this out on anyone who happens to be a monotheist is not the answer.

People, I tell you - it is not the answer.

These men and women that have felt the sting of our rage are not to be blamed for what happened. Do you really think attacking anyone who might share the same religious beliefs as the terrorists is going to fix anything? Do you think it will bring our loved ones back?

Let's take a step back. Do you really think that everyone with monotheistic beliefs is somehow responsible for this act of terrorism? Friends, therein lies madness. We cannot go down that path, not now, not ever.

Please do not punish these people for their religious beliefs. The target for your rage is not the monotheistic community of Caprica. You will find no satisfaction there, and if you do, it will be fleeting and temporary, and will cause only more pain.

No. Our target should be the particular organization behind this tragedy:

The Soldiers of the One.

We should be concentrating on seeking these men and women out, dragging them from whatever rock they may be hiding under and bringing them to the light of day. From them we should demand justice.

And, yes - satisfaction as well.