Sue-Shaun is a member of the resistance group who survived the Cylon attack of Caprica with the rest of her professional Pyramid team, the Caprica Buccaneers. 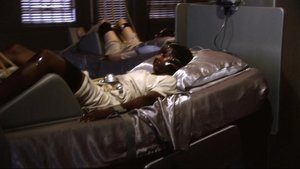 Sue-Shaun later dies in one of the "farms" that the Cylons set up to force human women to breed half-Cylons. Heavily sedated, she begs Starbuck to destroy the machines keeping her and the rest of the farm's victims alive rather than trying to save her. The shock to her system delivered by machines' destruction kills her instantly (TRS: "The Farm").