Temporary holder for the Teaser Info until we figure out what to do with it.


I am posting a very detailed and NPOV (as possible) write-up for discussion and analysis, but doubt we would want to post all of this officially, which is the main reason I created this page. I have tried to refrain from doing any interpretation, deduction, or induction. Just the facts ma'am. I will save it that for the analysis.


Please correct any errors or omissions.


(Is "Title Screen" correct? Also, should I have called them "scenes.") 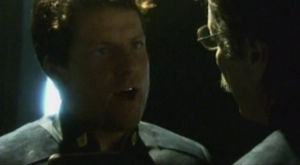 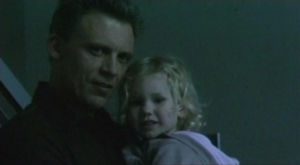 Leoben Conoy holding a child and saying, "This is Kara, your mother." 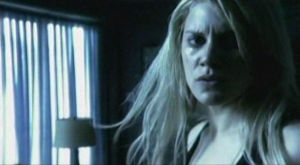 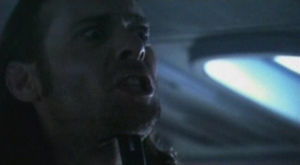 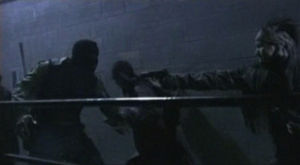 A group of three individuals are standing on a ramp, one who is wearing a ski mask. One of the other unmasked individual pulls out a weapon and shoots the masked one.

After stepping through the teaser frame by frame, the following info surfaced (some interpretation involved):

During the rerun of Home II, additional scenes were shown ( I am doing these from memory so please correct and they are not in order):

If you remember a shot of Roslin and Anders together:

Shows Maya and Hera sitting on the ground playing.

The shots are shown while Admiral Adama broadcasts a "rally the troops" speech over the wireless.
Admiral Adama: 'Take a good look at the men and women that stand next to you. Remember their faces, for one day you will tell you children that you serve with such men and woman. The dignity and Integrity of the Human Race ride with us.

Teaser From Dr. Who - Christmas Vacation

Just a couple of quick notes on new stuff (may not be perfect):