When dealing with Cylons, it is very important to know how to Spot the Cylon. Being able to Spot the Cylon is of the most vital importance! It can make the difference between life and a very boring speech about monotheism.

Some Cylons are metal. These Cylons should be easy to spot. Note the metallic skin and the lack of two eyes. Look to your right! There's one. Did you spot the Cylon? Very good.

Remember, these Cylons are mostly harmless, but will bite if you do not keep your fingers clear.

Some Cylons fly. These Cylons are harder to spot. They look almost, but not quite entirely, nothing like Cadbury Eggs with pointy bits on the outside and smooth creamy badness on the inside. If you see hundreds of these flying at you, despair not. They are quite easy to kill.

Some Cylons look like humans. Uh-oh. These Cylons are much more difficult to spot. But do not despair! Even if they appear to be human, there are still several sure-fire methods to Spot the Cylon.

Humano-Cylons do not like flashlights. Waving a flashlight at a Cylon might cause it to react poorly.

Call it a Toaster

All Humano-Cylons are either hot mamas or complete studs. One of them resembles a young Kevin Spacey. We understand if you don't much care for Brother Cavil— he is, after all, that most rare of breeds, an honest atheist priest (you may have noticed most atheist priests are not honest).

If you think metal Cylons are hot, no one likes you— sicko.

When in the process of knocking up a Humano-Cylon, the Humano-Cylon's spine glows red (Note: this is a good reason to install mirrors on ceilings). Although it would seem like it might be difficult to seduce a hot mama Cylon, take heart! This is not true! This brings us to our next point:

Some Cylons are twins of each other. If you see a set of hot mama or complete stud twins standing next to each other, chances are they are Cylons! Commence shooting on sight. If you are mistaken, blame the chamalla. You'll probably get away with it. If you don't, don't worry, it's not the end of the world.

There's this atomic bomb radiation thing. But who has time for that?

If you notice people wandering around in a daze, claiming to hear music that does not exist, prime up the nearest airlock or launch tube and give them the "Jammer Treatment". Make the President proud!

Some Cylons like to live in bathtubs. If you see a person in a bathtub wearing a water-polo hat, ask a question. No, it doesn't matter, any question. If the answer is something like "the eye of the husband of the eye of the cow," you are dealing with a Cylon. Don't worry, these Cylons don't get a vote, but you can give them a Colonial voter registration card. Made of lead. 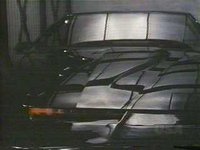 Some Cylons are cars. It is recommended that you kill this model on sight, preferably with something very heavy, fast, and with 18 wheels.

Other sources confirm that this car is very naughty, indeed.