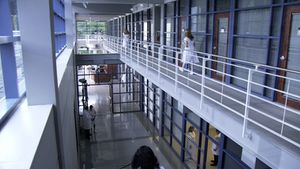 Plastic surgeon Doctor Amanda Graystone is a resident at Caprica General until her dismissal (or resignation) from the hospital shortly after details emerge blaming the bombing of Maglev Train 23 on her daughter, Zoe Graystone. Before her departure, Graystone is visited at her Caprica General office by GDD Agent Jordan Duram who informs her of Zoe's connection to the terrorist act (CAP: "Caprica (pilot)", "Reins of a Waterfall")

The media frenzy stirred by the accusations lead to a group of reporters and protestors to hound Graystone outside of Caprica General, one protestor throwing a bottle that hits Graystone and a reporter on the scene (CAP: "Reins of a Waterfall").