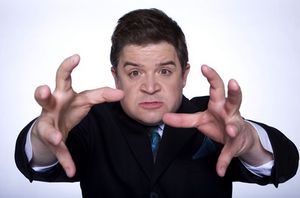 The Bottom Five Backtalk Guests is a The Caprican Entertainment article written by Carl Kipp. It was printed in Februarius 18, YR42.

Amanda Graystone went bonkers in front of the Twelve Colonies a few days ago, claiming it was her daughter Zoe who was responsible for the recent MAGLEV bombing. "My daughter is a terrorist!" Wow. Her husband Daniel didn't look too pleased with this impromptu confession, snatching her into a car and speeding away.

Which makes the rumors of a guest appearance for either Amanda or Daniel Graystone (or both!) on Backtalk with Baxter Sarno all the more tantalizing Are their lawyers and publicists already urging them that a spot on Backtalk is just the thing to put the record straight?

If that comes to pass, we have a feeling that's not going to go very well (though we're sure the network can already smell those through-the-roof ratings). Sarno isn't the most, shall we say, merciful man when it comes to laying blame. He'll eat the Graystones for breakfast, lunch and dinner - an image that has us trotting down memory lane... So, before the Graystones lay a claim for a spot, here are the Bottom Five Backtalk Guests to date - the ones who wish they had never agreed to a guest appearance, and who perhaps now wish they had never been born.

Lots of great writers come from Aerilon. Mark Bailey is one of those great writers. He's won many awards for his writing. I've seen every movie he's written, and they're brilliant. However, when it comes to things like, you know, common sense...well, Mark Bailey isn't so brilliant.

Mark Bailey is a graduate of the University of Aerilon. It's where you go on Aerilon if you want to be a writer, a director, an actor...you know, an artist. If you want to just, you know, make a lot of money in business, as most Aerilon boys and girls do (hey, it's true), well, you just go to Promethea A&M.

The two schools don't like each other very much. To say the least.

So, Mark Bailey comes on Backtalk to talk about the latest award he's received for being a brilliant screenwriter, and Baxter asks him about his school days at U of A. Bailey gets nostalgic and almost immediately starts bashing rival school Promethea A&M.

Much to the chagrin of the one hundred and fifty A&M students in the audience, on a special field trip in which they got to attend a taping of Backtalk with Baxter Sarno.

And yeah, Bailey knew they were there before he set foot on the set.

Have you ever heard one hundred and fifty college students boo and scream obscenities for twenty straight minutes?

4. Jack Mendes, Owner of the Grand Casino of Hedon

Throw a rock and somebody will tell you that Leonis is a pinnacle of culture. Throw another and somebody will tell you it's an over-priced has-been of a colony. Whatever your opinion, nothing screams "Leonis!" quite like the city of Hedon, a beach resort you can't afford, where aging starlets and millionaires have fun in the sun. And the Grand Casino of Hedon is...well, you'd have to see it to believe it.

And of course you've heard about the Hedon Film Festival that's held at the Casino every year. Well, ol' Jack came on Backtalk to plug this and that movie, and by the end of the segment, Baxter had him admitting that the luxury apartments behind the Casino were indeed tax dodges for off-colony investors with, shall we say, somewhat shady incomes.

Guess how many of those investors pulled out the next morning? 63%. Whoa.

Luke was charming in that vacant, not-quite-sure-what-day-it-is way, which proves that he's not stretching himself too much with most of the pretty-boy roles he takes. He and Baxter had a good rapport going, talking about how many Hot Young Actresses he's bedded over the years and the new "getaway home" he just purchased right smack dab in the middle of downtown Caprica City - and then the crab showed up.

Yeah, young Luke presented Baxter with a gift of a Silver Crab, the Cancerian delicacy to die for. And yes, it was most definitely a Humming Waddler knockoff; it wasn't a real Silver Crab, 'cause everybody knows Silver Crabs have been extinct since your grandpa was a boy... except, well, Luke insisted it was real. Like, really insisted. And when Baxter refused to believe him, Luke got a bit mad...well, really mad, actually, and...well, let's just say I heard the crew was still finding tiny pieces of crustacean from all over the set a month later.

Actually, was it the real thing? Friends, that poor creature took that secret to its grave.

You remember "Dr. Ann!" For at least two weeks after her appearance, Baxter would ask the audience, "What would Dr. Ann do?" in reference to any strange and befuddling circumstance. Dr. Ann Gondeman herself was certainly strange and befuddling - the brilliant but reportedly rather eccentric Aquarion scientist came on the show to share her recent discovery of a controversial new energy source (controversial in that its side effects include collapsing over 30% of the surrounding atmosphere's oxygen level - but hey, what's being a little short of breath in the name of lighting up our cityscapes?). At least, that's what Baxter thought she was coming on the show to talk about.

Instead, Dr. Ann marched over to the couch carrying a large metal box. When Baxter asked her what was inside, Dr. Ann looked him square in the face and responded, simply, "a ghost." And it pretty much went straight downhill from there, with some highlights including Dr. Ann claiming she had been "possessed" by the entity more than once and announcing to the audience that Sarno would live to be over 100 years old - but "only in his mind."

1. Robert Newman, Poet and Curator of the Aquarion Summerfest

Sarno had referred to Newman as "Aquarion's totalitarian hippie" several times before, which meant his guns were locked and loaded from the second the notoriously decadent poet set foot on stage. Newman ignored Sarno's greeting and immediately launched into reciting his (at the time) recently published epic poem, "In the Red-Striped Heim."

Sarno allowed him about two stanzas before he asked, "So, did you two do it before or after her bedtime?," which prompted about three straight minutes of lusty audience applause and Newman stoically staring at the floor in silence. Sarno was, of course, referring to Newman's alleged sexual liaison with 15-year-old actress Lindy Rose, star of the teenybopper musical, Academy Fever, which was headlining that year's Aquarion Summerfest.

Newman didn't say another word for the rest of the broadcast, though Sarno did manage to keep him on stage for another ten minutes with prodding inquiries before he stormed off.