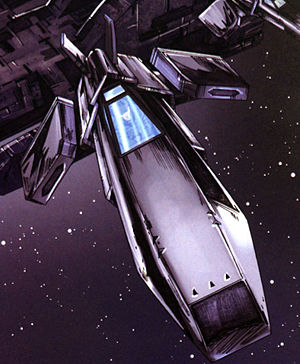 A Stealth Viper in flight.

The Stealth Viper is a stealth attack craft in the Colonial Fleet during the last year of the Cylon War.

These craft are part of the Argus, a prototype battlestar with new stealth technology, and are assigned to undertake various secret missions into Cylon-occupied space.

Unlike other stealth craft depicted in the Re-imagined Series canon, these craft possess weapons and self-destruct mechanisms, the latter to be used to prevent the ship and its technology from falling into the wrong hands (Battlestar Galactica: Origins 5).