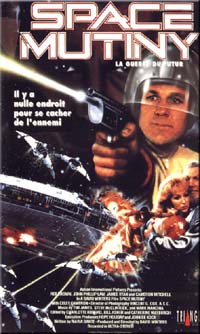 Space Mutiny is a 1988 South African science fiction film of dubiously cult notability for not only its lampooned production value, amongst which includes the use of ten minutes of Original Series footage. In addition to this footage, the basic plot is similar to that of Galactica: a giant starship called the Southern Sun carries a large number of people on a trek through space hoping to colonize a new world.

In 2020, the one-off audio production Saga of a Fugitive Fleet makes use of this story as a basis to launch that four-part series with permission of Space Mutiny's writer, Maria Danté.