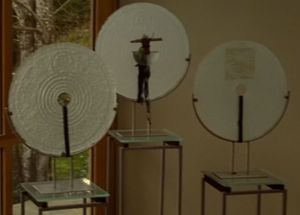 The Magnate Prize is an award bestowed to scientists for accomplishments in the field of Computer Information Technology. Ostensibly, it is universally recognized by the Twelve Colonies.

Gaius Baltar was awarded three of these prizes for his work in this field, which he had displayed in his house (TRS: "Miniseries").