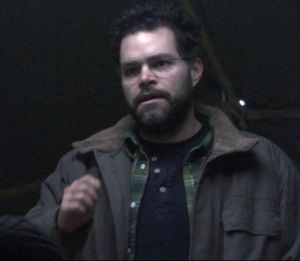 The Beard of Organized Labor 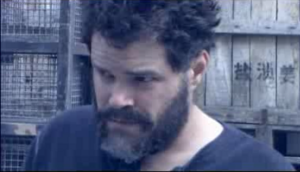 The Beard of Organized Labor is the facial hair worn by Galen Tyrol during his time on New Caprica as a union leader and insurgent.

Throughout history, men with beards have been viewed as wise, sexually potent, of high status, but have also been attributed a lack of cleanliness and refinement, or an eccentric disposition. Tyrol hits most all of these points during his time on the ground of New Caprica.

In some societies, such as the Amish, the men are clean-shaven until such time as they are married, at which point they grow a beard and are never without one from then on.

For the ancient Romans, a bearded man represented a man of virtue and simplicity. During grief and mourning, a Roman would let his hair and beard grow.

The militaries of many countries prohibit beards and sometimes even mustaches, usually for hygienic reasons. The Colonial military's stance on this is unknown, as Admiral Adama is wearing a mustache. It seems that Tyrol shaves his beard shortly before the Battle of New Caprica. Upon shaving the beard, Tyrol's former Underbite of Humility returns, as he resumes his job on Galactica.

After Cally's death, Tyrol goes in a different direction with his personal grooming and adopts the Slaphead of Mourning.