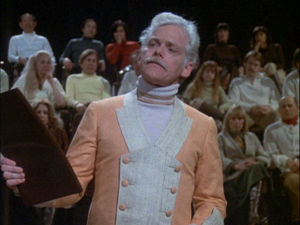 The Nationalists are members of a democratic party on the planet Terra and her colonies.

Led by President Arends and the Precedium, the Nationalists are truly interested in finding a peaceful resolution to their conflict with the Eastern Alliance.

As with any government, the Nationalists have their own military, which is comprised of an air force and a land-based army called the People's Nationalist Force (TOS: "Experiment in Terra").