Colonial Ships of the Reimagined Series

Cylon Ships of the Reimagined Series

Colonial Ships of the Original Series

Cylon Ships of the Original Series

Cloud 9, is a massive, FTL-capable luxury liner within the Fleet. The ship is unique in that as well as traditional living and working space on board, Cloud 9 incorporates a huge pressurized bio-dome that provides a realistic simulation of a planetary surface, including gardens, buildings, trees - even an artificial sky. President Laura Roslin's rebuilt Quorum of Twelve met here. It is ultimately destroyed by Gina in an act of nuclear terrorism when Baltar is elected president. 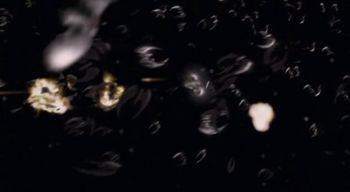 Hundreds of Cylon Raiders exploding under a hail of fire from Galactica's Viper squadron during the Great Cylon Turkey Shoot.