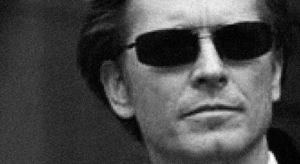 O Daniel, Where Art Thou? is a The Caprican Opinion article written by Ralston Sinclair. It was printed in October 29, YR42.

Yeah, if I just lost my daughter, my wife, my company, every godsdamn thing I've ever worked for and cared about was suddenly frakkin' gone, I'd disappear for a while, too.

Let everyone else say, "Oh, the poor man." Yes. Suddenly, he's no longer the man that spawned a teenage terrorist. Now that his mentally unstable terror mom wife took a swan dive off a bridge and his company has been swallowed up by his number-one rival, any and all "sins" of the past have been forgiven.

I say nuts. I say what a frakkin' load of crap. I say... just what is he planning, hmm? What is he scheming, up there in his lonely castle?

The rich genius, with every possible resource at his fingertips to make his every desire and whim come true. You think he's up there just, what, grieving? No. This is Daniel Graystone. He can pay someone else to do the majority of his grieving so all he has to do is grieve just a little. And therefore spend the rest of his time doing....

But it's something, dear readers. He's not just crying himself to sleep. He's not just going through a couple of bottles of whatever poison a day, not taking showers, not shaving, all that stuff.

No. Daniel Graystone has a plan. This guy loses his daughter, his wife, his company, his frakkin' Pyramid team... you think he's going to just let that lie? With all his pride, with all his wealth, with all his stinkin' genius?

The man has a plan. Count on it. What is it? I don't know. But I have a feeling we'll find out soon enough.