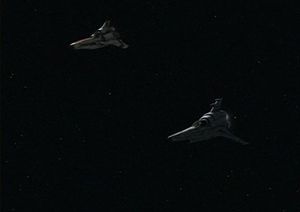 From the Miniseries through the episode "Pegasus", Galactica's Viper complement was ever dwindling. With the return of Pegasus, the fleet gained the ability to produce new Vipers. This list was created to keep track of Galactica and Pegasus's Viper complement and includes those active and destroyed, as well as ones with unknown status.