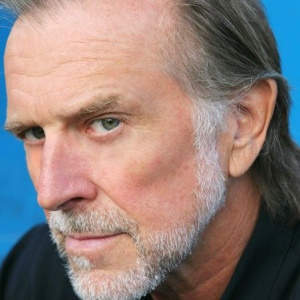 One of the leading figures in modern film special visual effects, John Dykstra may be most important for his contribution to the unprecedented level of "realism" achieved in such 1970s sci-fi landmarks as "Silent Running" (1971) and "Star Wars" (1977). He learned much of his craft collaborating with the legendary Douglas Trumbull at his Trumbull Film Effects. Dykstra was a special effects cameraman and industrial designer working on the intricate space stations required for Trumbull's "Silent Running". After a hiatus from entertainment projects, he reteamed with Trumbull, at the latter's Future General Company, to work on various projects including commercials, theme park attractions and experiments in three-dimensional filmmaking effects.

Dykstra subsequently served as the first head of Industrial Light and Magic, George Lucas' FX company, supervising visual effects photography for "Star Wars". Dykstra demonstrated a distinctive flair for designing and photographing complex models and miniatures with such painstaking attention to scale that he could create a convincing illusion of great size and mass.

The memorable opening images of "Star Wars", in which immense and multifaceted ships pass over the camera, qualifies as classic Dykstra. He shared a richly deserved Oscar for Best Visual Effects for his efforts (beating out the FX team headed by his mentor Trumbull on "[[Wikipedia:Close Encounters of the Third Kind|Close Encounters Of The Third Kind]"). Dykstra received another memento from the Academy that year-a Class II Academy Technical Award for the invention and development of the Dystraflex Camera, an important tool in the craft of motion control photography.

Dykstra reteamed with Trumbull to design the elaborate FX for the artistically problematic but hugely successful "Star Trek: The Motion Picture" (1979).

He has since complained that the special effects team got involved in the project so late that director Robert Wise had to film long sequences in which the befuddled actors were shot reacting to special effects that had not even been conceptualized. In addition to undermining the performances, this poor planning served to make the effects stand out rather than blend into the dramatic whole.

Typically, for big special effects-oriented productions, the visual effects coordinator is brought aboard quite early in the production-often before there is even a finalized screenplay-to collaborate with the producer, director, art director, costume designer, director of photography and other behind-the-scenes personnel. Nonetheless, Trumbull and Dykstra shared an Oscar nomination for their collaboration.

Around 1979, Dykstra left ILM to form his own state-of-the-art FX company, Apogee, Inc.

Dykstra's first major project with Apogee was the original Battlestar Galactica, in which he also served a producer.

Apogee has subsequently provided FX for a variety of TV-movies and miniseries including "Alice in wonderland" (CBS, 1985), "Out On A Limb" (ABC, 1987), from Shirley MacLaine's spacey memoir, and "Amerika" (ABC, 1987). The latter, set ten years after a hypothetical Soviet takeover of the US, featured a memorable sequence-courtesy of Dykstra and Company-in which the US Capitol is bombed.