In the Reimagined Series 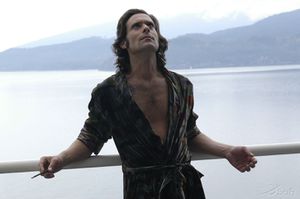 "I am an instrument of God" --Baltar in The Hand of God
Credit: SkyOne

In the reimagined series of Battlestar Galactica, Leoben and Mini-Series/internal Six espouse monotheistic views. Leoben's "we are all God" philosophy is similar to Gnosticism. Although the Colonials worship the Lords of Kobol, even Colonials occasionally say singular "God," though it's often just as exclamations.

To avoid bias, quotes will do most of the talking here.

(There are more references; feel free to fill in the notable ones.) 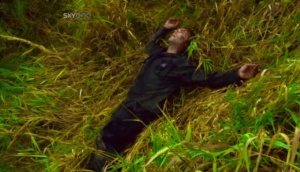 The reimagined series of Battlestar Galactica contains few references to Judeo-Christian concepts such as Jesus and Satan.

As one of mysteries of 33, 33 is not only the title of an episode but also the commonly reported age for Jesus Christ when he was crucified, so this is another possible reference to Christ.

Finally, "Christ" itself is from the Greek "Χριστός," or "Christos," which means "messiah" in Greek. In the reimagined series, the Pythian Prophecies tell of a messiah figure who will lead them to Earth.

Count Iblis is a Satan-like figure, and Iblis is the Satan of Islam.

Mormanism was reportedly an inspiration for some of the original series.