Difference between revisions of "Emile Smith" 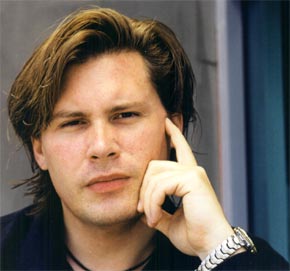 Emile Smith is a fan of the original Battlestar Galactica and a Visual Effects Supervisor at Zoic Studios.

Having previously worked on Star Trek, he was approached by Ronald D. Moore to work on the Mini-Series. Together with Moore and director Michael Rymer, he worked on the pre-visualisations for the the mini-series, working with them to develop the distinctive look for the series.

He continues his relationship with the series, overseeing the digital effects produced for the series by Zoic