The Cylon transponder is a small, ovoid device that is discretely placed under Galactica's DRADIS console by a Cylon agent. A similar device was carried about by the Cylon agent, Number Six, during her time on Caprica with Gaius Baltar (Miniseries), perhaps to better allow tracking of herself by other Cylon agents. 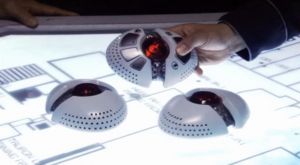 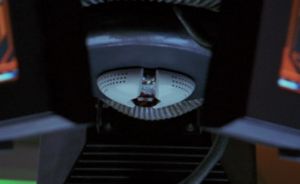