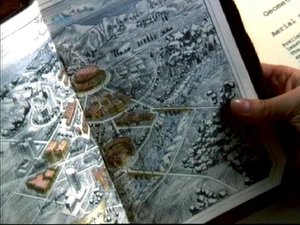 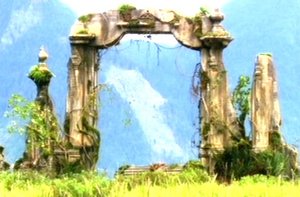 During a review of the images of the city, Laura Roslin has a vision of the city when it was still inhabited, seeing the forum and the opera house (Kobol's Last Gleaming, Part I), and then has quick visions of the Tomb of Athena and the Arrow of Apollo.