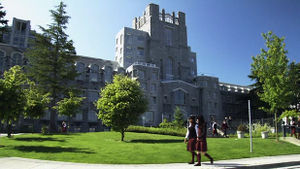 The Athena Academy on Caprica, fifty-eight years before the Fall.