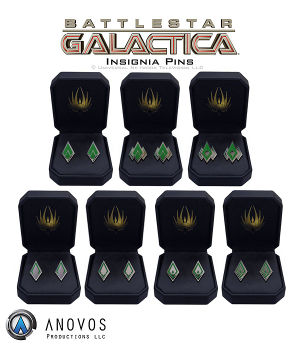 The enlisted battle dress uniforms will be created by the same manufactures and with processes (such as enzyme washing) used to colorize them to the Galactica green, and outfitted with a shoulder patch (or "flash").